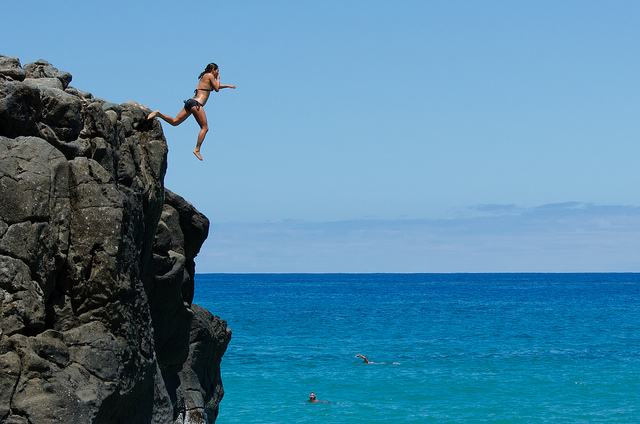 If I left right now I could make it to satsang, an opportunity to sing the names of the Lord with a room full of strangers in the Sivananda tradition.

Wednesday night satsangs are small and intimate. The evening’s leader chooses random teachers from the assembled crowd to pick a bhajan—devotional song—and lead it kirtan style. They sing each line with a halting hesitation or sometimes with unswerving clarity and sometimes with a mix of both. The rest of us respond, lulled into a degree of solace or a meditative state.

But it’s snowing and I don’t want to leave the house. I want to watch the wide flakes press down onto the newly bare sidewalks and cover them in glaze once again, keeping them warm during this cold spring.

Instead of leaving I’ll nestle into the cave of my room and later, before I let my consciousness drift off to concoct irrational story lines, I’ll chant and meditate on my own.

It won’t be the same, though, because I do love to share practice space with others. It’s just that going out of my warm cocoon on cold, snowy spring evenings hasn’t been something I’ve wanted to commit it. Actually, when it comes right down to it, there are a lot of things in life I don’t want to commit to.

If I look at the commitments I’ve made, the only ones that have really stuck are my own personal spiritual practices—and I admit, even those aren’t always 100 per cent fulfilled.

What does this mean for me? In a world where I’m supposed to be some individualistic capitalist, pulling myself up by the bootstraps in order to achieve success, the most drive I’ve ever had is that which pulls me close to the Divine, to peaceful presence and contentment. What I’ve only ever been able to commit to are feelings.

Maybe that’s what we all only ever commit to.

Maybe the feeling of getting that promotion and raise is what drives a parent to disregard her children and work longer hours at a thankless job as an executive. It’s that feeling of the power behind the engine of an automobile, pulling someone to the back of their seat as they press down on the accelerator that drives them to use their energy to buy a fancy car. The pure thrill of a horseshoe hitting the mark makes someone want to get drunk and play lawn games with their friends. How am I to know the power of the feelings these things can elicit for some?

Thing is, I live my life looking for that ethereal thread of magic quietly woven into the most mundane of experiences. I live looking for powerfully intangible moments that turn my heart alight. I am utterly committed to letting wonder and awe wash over me when intricate layers of meaning are revealed in a flash of quickly fading light. In the mandala of my mind I make note of the tiniest of details as I go through life, and then, when they connect in critical mass and spill over to that feeling, I pause in a timeless gratitude.

In my commitments to spiritual practice I’m able to access the place that sees what I’m looking for, which ultimately leads to that feeling.

While I may not be able to commit myself to things outside of me, (or, some days, outside of my room) I’ll always be strong in understanding my own commitment to my spiritual practice.

3 thoughts on “Committed to Feeling”